Thru a Zen lens: Another way to look at cancer (Part I) 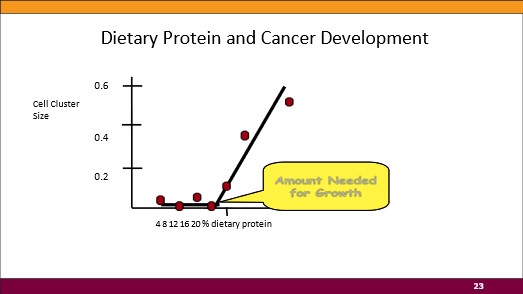 The premise behind this paper

It comes down to this: You can’t expect to go down the right road when you are pointed in the wrong direction.

Just a few days ago fifty years ago

December 23, 1971, then President Nixon signs into law the National Cancer Act which, in effect, launches the official war on cancer. The goal was to find a cure for cancer. The main tools to accomplish this were surgery, radiation, and chemotherapy. They were the big three at the time and they are pretty much the same big three now. Meanwhile, over $100 billion has been spent in the battle.[1] Have we gotten our money’s worth?

Probably not…and why not

Despite the glowing reports from any number of agencies, things really haven’t improved much (with a few exceptions[2]). How could the news we all hear be so much rosier than the reality? There are two big reasons: Lead-time bias and the explosion in testing.

The gold standard for cancer survival is 5-years. If one with diagnosed cancer lives that long they are deemed a survivor and a success story – a glowing and powerful statistic proving modern medicine’s efforts are indeed the stuff of turning hopes and dreams into reality, and more so every day.

Lead-time bias is the sobering, bring-you-back-to-earth “real” reality. Basically, what it says is 5-year survival is a relatively meaningless figure. If all we have done is detect a cancer sooner and the patient still dies at the same time as one whose cancer was simply detected later – Have we accomplished anything?

The (very) dark side of increased testing…Overdiagnosis

Similar to lead-time bias, it is more a cancer success “parlor trick” than a meaningful metric showcasing the fruits of billions of dollars of research and our well-intentioned contributions. Basically, what you come up with is a lot more discoveries, but no more survival. If you test for it often enough, sooner or later you will often find something, but the “something” is often not cancer, or at least cancer in the sense of something that will kill you.

What this leads to is many people being deemed cancer victims and their ensuing survival another modern cancer treatment success story. The truth, challenging as it may be, is they were not cancer victims in the first place, and thus they are not proof of today’s treatment protocols (surgery, radiation, chemotherapy) efficacy.

Here, for instance, is what the Cochrane Collaboration had to say about mammography:[4]

“If we assume that screening reduces breast cancer mortality by 15% and that overdiagnosis and overtreatment is at 30%, it means that for every 2000 women invited for screening throughout 10 years, one will avoid dying of breast cancer and 10 healthy women, who would not have been diagnosed if there had not been screening, will be treated unnecessarily. Furthermore, more than 200 women will experience important psychological distress including anxiety and uncertainty for years because of false positive findings.”

Both in Canada and in Europe cancer screening is becoming more and more “not recommended” or not carte blanche recommended, or at the least, not recommended as frequently.[5] Their general concern is the harms of overdiagnosis (false positives leading to emotional trauma and unnecessary treatment) outweigh the observed benefits of detection.[6]

To be clear, there is one cancer test that is clearly worth its weight in gold: The PAP test for cervical cancer in women. That one is a hands down winner.

The two most valuable things I have learned about cancer

Now for the controversial part (Part I) – A theory: What is cancer?

Cancer is the uncontrolled growth of cells without function beyond their own survival and growth. Cells without a soul if you will. They do nothing for the good of the organism as a whole (i.e., us.). To put it in Star Trek: The Next Generation terms – Cancer cells are cells that are not part of the Collective.

Cancer cells have properties and behave in a way that is very primitive. I mean not like 50,000 years ago, but 3.5 billion years ago. They generate their operating energy thru the fermentation of glucose (oxygen not required and actually anathema to the process). These are exactly the conditions on Earth some…3.5 billion years ago.

No wonder cancer cells are such voracious eaters and such excellent generators of new blood vessels (angiogenesis) to fuel their metabolism and growth.

One of the other hallmarks of cancer cells is their uncanny ability to metastasize (easily spread throughout the body). Having no need to stay connected to their brethren and much benefit for the species to be in many different places, you can readily see how this tendency confers a significant survival advantage to the cancer itself.

Now for the controversial part (Part II) – A theory: What causes cancer?

In amongst the research I did for this Zen, I came across two different schools of thought on this question. Neither, for the record, involved genetics as a cancer precipitator. One was DNA damage generating mitochondrial disfunction; and the other was mitochondrial damage generating DNA disfunction. In the spirit of the great debate regarding which came first, the chicken or the egg, in the end I gathered it didn’t matter. From all I can conclude, it may well be some of each causing the other. One way or another, though, both are very involved in the generation of cancer.

“Curious” sidebar: Animal protein – T. Colin Campbell in The China Study (I think) conclusively showed that animal protein in excess of 10% of caloric intake had a strong tendency to precipitate cancer growth:[10]

I’ll go out on limb a bit to propose a possible supporting mechanism to this finding: Of the three macronutrients (fats, carbohydrates and proteins), the one that causes the body to go into a defense mode (inflammatory state) is protein, specifically animal protein. Our immune system is charged with two critical sequential functions: Determine if an entering substance is dangerous, and if it is, destroy it before it destroys us. The substance most likely to elicit this investigation is protein…what we are predominantly made of. The immune system must readily separate like from not like. If it is close – attack it. If it isn’t, leave it alone. Animal protein fits the bill on the former; plant protein on the latter…

We tend to think of cancer as a disease of mystery, arriving suddenly, without apparent cause (outside of the obvious ones – tobacco, nuclear radiation, pesticides, etc.) and that different cancers have different causes and characteristics. While each type can manifest uniquely with its own pathogenesis, they do have more in common than not. It is our steadfast belief in the first sentence of this paragraph, and our steadfast denial of the second that gets us into so much trouble when trying to come up with a successful approach that will give us a fighting chance to combat what Siddhartha Mukherjee calls “the emperor of all maladies”.[11]

Up next, the intriguing (!) conclusion:

A theory: What to do about cancer…before, during…and after. (In other words – How to minimize the chances of getting it, what else to do while undergoing standard treatment for it when it has arrived, and once it is in remission, what you can do to best increase your odds of it staying that way?)

[2] Examples where progress has been made: Childhood, blood, and lymphoid cancers, representing fewer than 10% of all cancers. (Source: Dr. John McDougall)

[6] One other frightening factor is the testing itself can actually lead to cancer spread. There are two mechanisms: One, when a tumor is biopsied either the needle or the surgery process can cause well-contained and controlled cancer cells to leak into the body-at-large. The other is, in the case of breast cancer screening, the intense squeezing of the breast tissue can cause, once again, well-contained cancerous tumor cells to leak out or escape their containment capsule. Not something you want to happen.

[8] ATP – Adenosine triphosphate – The energy “currency” of all living cells.

[9] In the class I took on Nutrition and Cancer, the figure there was 36 molecules of ATP per glucose molecule. Regardless I think, point made. Fermentation is the pits when it comes to energy production.

[10] Although the graph does not specify it, in the book Campbell is very emphatic this effect only occurs with animal protein, not plant protein.