5 Ways to Eat to Beat Diabetes 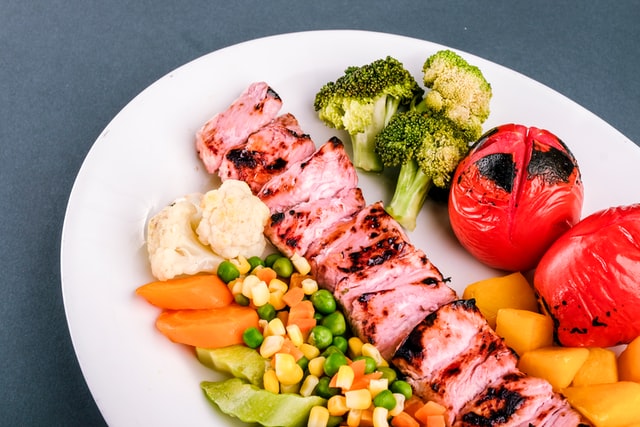 More than 100 million American adults have diabetes or prediabetes, meaning they have poor blood sugar control, which, if untreated, often leads to type 2 diabetes within a few years. It’s therefore not surprising that a great deal of research is trying to figure out how eating habits affect diabetes risk. Here’s what the white coats have uncovered of late:

A review of studies with 96,175 participants, published in The Journal of Nutrition, found that for every day of the week someone skips breakfast, the risk of type 2 diabetes increases. Peak risk was 55% higher when subjects went without a morning meal 5 days a week. When you don’t “break the fast” in the morning, it may affect how cells respond to insulin.

People living in an area with a very high density of ready-to-eat food outlets, such as fast-food restaurants, are 11% more likely to develop type 2 diabetes than those who live more than 0.6 mile from the nearest place serving up high-fat fries, according to a report in The Lancet. The impact was particularly strong in people who were overweight.

The study looked at over 347,500 participants aged 37–73 years who resided in one of 21 cities in the U.K. While it showed only an association between food outlet proximity and type 2 diabetes risk, the findings argue for making it harder to purchase unhealthy meals in urban areas.

Selecting fish and poultry over bacon and processed beef is the kind of dietary swapping associated with lower risk for type 2 diabetes, according to a study published in the European Journal of Nutrition. In contrast, researchers from California’s Loma Linda University School of Public Health found that among 55,000 people studied for 5.3 years, egg consumption was not an independent risk factor for diabetes, according to The American Journal of Clinical Nutrition. Both high meat intake and obesity were strong risk factors for the disease.

A study in the October 2018 issue of PLOS Medicine showed that people with the highest circulating levels of compounds associated with dairy fat consumption (such as trans-palmitoleic acid) were almost 30% less likely to develop type 2 diabetes over a 9-year average than those with the lowest concentrations of these biomarkers. Authors of the study, which drew on data from 63,682 people, said more research is needed to determine the mechanism and spell out whether fats from different dairy sources (milk, yogurt, cheese) have varying impacts on diabetes risk. Still, it may be time to rethink current guidelines that encourage people to gravitate toward low-fat or fat-free dairy options.

Overweight people who followed a vegan diet for 4 months experienced greater drops in body fat levels and insulin resistance—both of which can reduce diabetes risk—than those who continued to follow their usual diets, according to a report published in the journal Nutrients.

Interestingly, while the vegan diet was fairly high in carbohydrates (about 70% of daily calories), it was still effective at promoting weight loss, which flies in the face of the common belief that eating carbs is bad news for your waistline. The researchers speculated that the plant-based diet’s higher fiber content played a big role in the results.