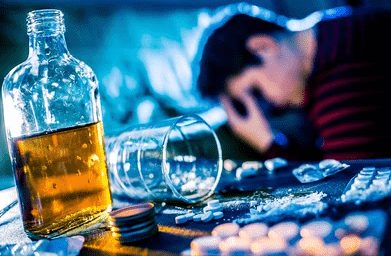 Alcohol causes drowsiness. This has led to the popular misconception that it can aid sleep. Up to 20 percent of Americans report using alcohol as a sleep aid. However, alcohol negatively impacts the quality of your sleep, as well as how long you can expect to sleep. Alcohol consumption before bed causes interrupted sleep, due to side effects such as night sweats and disturbed REM sleep.

The problem with using alcohol as a sleep aid
Alcohol does reduce the initial amount of time required for you to fall asleep. However, it result in disrupted sleep.

The problem with using one drink as a sleep aid, is that while it may work initially, eventually your body develops a tolerance for it. As a result, you may find yourself needing more and more levels of alcohol in order to fall asleep, which can lead to alcoholism. Using alcohol as a sleep aid is dangerous as it can lead to dependence and even alcoholism.

One drink before bed may not impact sleep quality or length. However, the effects of alcohol on sleep are directly correlated – the more alcohol that is consumed, the worse the effects on sleep.

How does alcohol interrupt sleep?
After a few drinks, especially in people who don’t drink much, individuals often report subjectively shallow sleep and frequent mid-night awakenings, according to a joint study by Wayne State University and the National Institute on Alcohol Abuse and Alcoholism. Interrupted sleep may be caused by a variety of factors, all attributed to alcohol consumption:

Why does alcohol cause night sweats?
Drinking lowers the body’s core temperature slightly, followed by a rise.

By allowing the body’s temperature to drop, alcohol initially helps you fall asleep. However, once the effects wear off, your body counteracts it with a corresponding premature rise in body temperature. As a result, people who drink heavily before bed wake up earlier than expected.

Can drinking alcohol cause sleep apnea?
Sleep-disordered breathing, a dyssomnia affecting millions of people, is made worse by alcohol.

There’s a connection between obstructive sleep apnea and alcohol consumption. Drinkers can experience apnea if only for a night. Alcohol impairs breathing in sleep by relaxing the throat muscles. As the throat muscles relax, they narrow and obstruct the airway, resulting in snoring. Even people who normally don’t snore do so if they have been drinking the night before. Snorers without apnea can exhibit apnea symptoms if they have been drinking.

Alcohol consumption also affects the brain’s breathing center by masking the effect of low oxygen levels in the bloodstream, possibly damaging tissue. Hangover symptoms – attributed to the efforts of the body to metabolize alcohol – are frequently partially due to breathing-disordered sleep.

The link between alcoholism and insomnia
Insomniacs are more likely to drink before bedtime than good sleepers. Knowing alcohol’s ability to cut sleep latency times, insomniacs could be more likely to take a drink before bed – self medicating with whatever is in the liquor cabinet. Maybe this works as a short-term fix, but for most people it is not a long-term solution. Frequent alcohol use can lead to a dependency and over sustained use, as alcohol changes the sleep cycle.

Insomnia and alcoholism can both be chronic conditions and are often co-morbid (exist together).

Sleep fragmentation and difficulty in maintaining sleep are common in alcoholics – both those who drink and those who are trying to quit. Sleep problems are often experienced by people who cut back on their alcohol consumption. Alcoholics in recovery programs have to remember this. Insomnia is both a symptom of withdrawal, as well as alcohol dependence, so alcoholics are likely to face sleep problems no matter what.

Not only is insomnia more prevalent in alcoholics who are not trying to quit (estimated as high as 45%), but the detoxification process during quitting increase the likelihood of insomnia even more. Studies of alcoholics who quit drinking have found it takes a while for sleep to return to a normal pattern. Addicts have fragmented sleep, and sleep fragmentation persists in abstainers for over a year. Sleep latency returns to normal a few months after quitting.

In fact, poor sleep and the discomfort it brings is thought to be a major reason for relapse among alcoholics trying to quit. There is also the causal arrow running in the opposite direction. People who don’t get a good night’s sleep and are tired during the day may be more apt to drink in the evening.

If you think you may be at risk for alcoholism, you can find help through Alcoholics Anonymous or the National Institute on Alcohol Abuse and Alcoholism.

It is normal for your brainwave activity to change during the night according to the different stages of sleep. When you’re awake, you experience alpha brain waves. During the stages of non-REM sleep, you transition from theta waves to spindle waves to slow waves, and finally delta waves. Once you enter REM sleep, your brain exhibits alpha waves similar to those experienced while awake. People who drink alcohol before bed tend to exhibit higher amounts of alpha brain waves and delta waves than those who don’t. The combination of these two types of brainwave activity interferes with your sleep cycle and ability to get truly restorative sleep.

Does alcohol affect REM sleep?
Your body requires the entire sleep cycle in order to receive the benefits of a good night’s sleep. REM sleep in particular accounts for about 25 percent of the sleep cycle. REM sleep is when dreams occur and you experience muscle paralysis. During this critical stage of sleep, your mind and body are renewed. During REM sleep, the brain restores neurotransmitters like serotonin and dopamine. These chemicals are directly associated with your mood, which is why a lack of REM sleep often results in crankiness, irritability, and overall poorer mood. Lack of REM sleep is also associated with reduced concentration, impaired memory and motor skills.

Many insomniacs take a drink of whiskey or wine before bedtime in order to reduce sleep latency. While alcohol does help people get to sleep faster, drinking has been shown to result in low quality of sleep as measured by nighttime awakenings (fragmented sleep) and decreased time spent in REM sleep.

In controlled studies with EEG monitoring, researchers have found that REM is suppressed early in the nighttime, but that the REM rebound effect can occur in the second half of the night.

What is the REM rebound effect?
The “rebound effect” refers to the effect alcoholism takes during the second half of your sleep cycle. Imbibing enough alcohol to reach a blood alcohol level of .06 to 0.8 within one hour of falling asleep helps induce sleep. However, once your body processes the alcohol, your body will wake you up four to five hours later and interrupt the later part of the night, when you spend more time in REM sleep. Once your body processes the alcohol, your body is easily stimulated by your environment. As a result, people who drink alcohol often wake up during the night or find themselves disturbed more easily.

Alcohol tends to be metabolized rapidly, so halfway through the night the concentration of alcohol in the bloodstream is down to approximately zero. The metabolites are still around and the effects of the alcohol persist (that’s where hangovers come from). Over time, the early waking from REM sleep can lead to insomnia. Alcoholics are also more prone to insomnia, especially during periods of withdrawal.

Does alcohol impact sleep differently for men or women?
There is some evidence that in general men and women react to alcohol differently. A study on young adult women showed alcohol increased their time in deep sleep, while cutting REM sleep. Men, on the other hand, experience a decreased in both deep and REM sleep after drinking. These are very general trends, and individuals differ widely in their reactions.

A more recent study found women’s sleep is MORE affected by alcohol than men’s, perhaps due to the fact that women metabolize alcohol at a faster rate than men. Women are also more prone to insomnia, which often coexists with alcoholism.